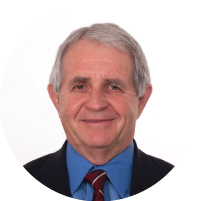 After graduating in civil engineering, Rich decided to become a Realtor. He worked as a broker with Simons and Company until 1979, when he, along with six partners formed Commerce Properties, Inc., one of the first full-service commercial real estate brokerages in Utah. Th e firm grew to include all types of commercial brokerage, as well as asset management, and development and ownership of commercial properties. He was the principal broker from 1980 until 1999. In 1999 Commerce Properties merged with Colliers CRG to form the largest commercial real estate fi rm in the state of Utah named Colliers Commerce CRG.

In 2010, Rich became principal broker of Advent Property Advisors, a new brokerage and property management fi rm specializing in asset management, leasing, selling, and development. He transitioned supervision of more than 425,000 square feet of office space, 2,300 storage units, 2,400 acres of raw land, and nearly 400 units of multi-family apartments. In May 2011, he became principal broker for Anderson Realty Group, where he remains today as the in-house sales broker for Anderson Geneva Development. His current focus is on selling land located within the 1,700 acre master planned community of @Geneva in Vinyard, Utah.

Rich has brokered thousands of transactions worth over a billion dollars. He brought several national tenants into the Utah market, managed hundreds of assets of every type, and developed from the ground up every type of asset class. He has dealt with all of the leading state and local government officials, financial institutions (local and national), developers, real estate professionals and related professionals.

In 1996 Rich created a regional multiple listing system, now known as the Wasatch Front Regional Multiple Listing Service (WFRMLS). Th e WFRMLS originally only included the Salt Lake, Utah County, and Greater Ogden Realtor Associations. Today it is a statewide system that serves not only Realtors but the general public.